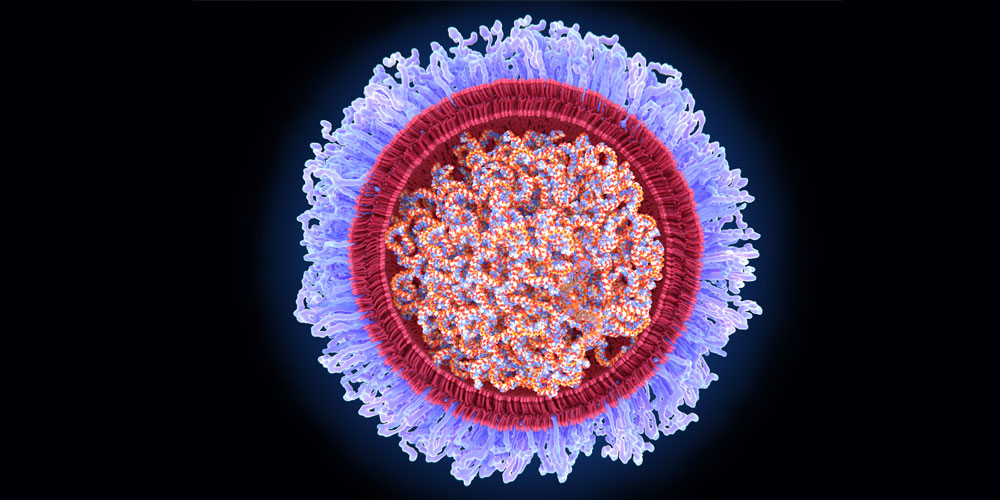 A version of this article appeared in the Spring 2022 issue of strategy+business.

A Shot to Save the World: The Inside Story of the Life-or-Death Race for a COVID-19 Vaccine

Do you remember that shining moment when it appeared that the new vaccines against COVID-19 were going to provide a clear, miraculous path out of the pandemic? “There’s nothing like it in all of history,” Eric Topol, M.D., director and founder of the Scripps Research Translational Institute in San Diego, Calif., tweeted. “This will go down as one of science and medical research’s greatest achievements. Perhaps its most impressive.” 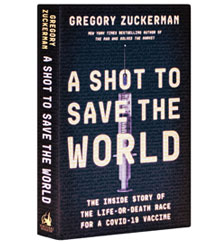 The development of the vaccines that have saved the lives, health, and sanity of so many is the story that Wall Street Journal reporter Gregory Zuckerman tells us in his new book, A Shot to Save the World. There were no guarantees. Successes in vaccine development have historically been somewhat random, and as AIDS so painfully shows, there have been terrible failures. Additionally, we all know that a great deal went wrong in our response to COVID-19. But, Zuckerman writes, “this is the story of what went right.”

Although the author chronicles other vaccine technologies, the starring role in his story is played by a particular molecule called mRNA (which is short for messenger ribonucleic acid). It’s mRNA that carries the information necessary to teach our cells how to make proteins; on paper this could make mRNA a useful tool in fighting viruses and other pathogens such as cancer. But mRNA, which was first described in a landmark 1961 report by California Institute of Technology scientists, was for decades mostly underappreciated as a potential resource for fighting disease, because, as the report put it in the very title, it is an “unstable molecule.” Our bodies quickly break mRNA down, and it is gone within a matter of hours. “It was as if Columbus sailed to America and wrote a letter home with the title ‘New Continent—Not Worth Visiting,’” Zuckerman writes. Most researchers viewed those who dared to work with mRNA with no small degree of suspicion.

But there were a determined few who believed that mRNA could be useful, both in curing disease and as a vaccine, because it could provide a way to give instructions to the body to fight off various pathogens. Way back in 1990, an iconoclastic scientist—a redundant phrase in Zuckerman’s book—named Jon Wolff demonstrated that you could indeed create a functional protein by injecting mRNA into cells. In terribly ironic timing, Wolff passed away from cancer in April 2020, just before he could have known that his work “would contribute to a vaccine approach that had a chance to protect against the very virus that was overwhelming much of the world.”

There were a determined few who believed that mRNA could be useful, both in curing disease and as a vaccine, because it could provide a way to instruct the body to fight off pathogens.

Zuckerman also tells the story of many other dogged and similarly pathbreaking scientists who pursued mRNA, along with other underappreciated vaccine technologies that finally proved their worth. Take Katalin Kariko, a Hungarian immigrant who worked as a researcher at the University of Pennsylvania’s medical school. She and a colleague, Drew Weissman, figured out a way to sneak mRNA, which, if injected, would trigger the immune system to go to war, past the body’s main line of defense. Much to their surprise, few cared.

At almost 60, Kariko left the university to join a startup named BioNTech, which was founded in Germany by husband-and-wife physicians of Turkish descent, Ugur Sahin and Özlem Türeci, to pursue cancer vaccines. They’d also agreed to work with Pfizer on an influenza vaccine. When the pandemic hit, BioNTech struck a deal to collaborate with the American drug giant on a potential COVID-19 vaccine.

Science can be a viciously competitive field, even when lives are at stake. Zuckerman takes readers inside the egos and ambitions that are normally invisible to outsiders. He shows how much they all cared about beating the virus—but also how much they cared about beating one another. According to Zuckerman, scientists aren’t so different from Hollywood stars in their fears of fading from the public eye. They “battle insecurities and worry their past successes will be eclipsed and future papers will be rejected.” In this case, the quest was to produce a vaccine, but also to be first. Pfizer-BioNTech, as we now know, ended up in a race to the finish with Moderna to produce an mRNA vaccine, as well as with others working on different technologies.

Today, Moderna is practically a household name, with a market value of more than US$100 billion. But before the pandemic, few had heard of it. Within the investment community, the company had a slight reputation of being overly promotional, in part because of the super-salesmanship used by its hard-driving French CEO, Stéphane Bancel, but also because the drugs it had hyped had yet to turn into real products. By the end of 2018, Moderna was the most shorted biotech stock on the market, and in 2019, desperate to raise money, it had to sell shares below the price at which it had gone public. When the pandemic first hit, big investors didn’t want the company to be distracted by making what they viewed as a possibly useless vaccine. Time and time again, Bancel, who immediately grasped COVID-19’s severity, came up short in his fundraising efforts; one of the book’s most poignant moments comes when he says, “I wasn’t good enough to get it done.” Of course, that was soon to change.

Zuckerman writes about the moments we know well, such as when the over-90% efficacy rates of the Pfizer-BioNTech and Moderna vaccines first became public. “The Dow Jones Industrial Average soared, social media lit up, and millions of people around the world breathed deep signs of relief,” he writes. “For the first time in over eight months, they could imagine a return to normalcy.” But the narrative allows us to understand that moment in a whole new way, because Zuckerman shows us the private moments that preceded it. At the interim review of the Pfizer-BioNTech vaccine on Sunday, November 8, 2020, where executives first saw the efficacy data, champagne and tears flowed. “I love you,” Pfizer CEO Albert Bourla screamed out to his colleagues.

Zuckerman is clear at the outset that his goal in writing the book wasn’t to cover every aspect of the pandemic. That said, there’s an odd gap: he largely ignores Operation Warp Speed, or OWS, the US government initiative that guaranteed billions of dollars to companies including Moderna and Novavax in exchange for potential doses of vaccines, thereby providing funding and, controversially, giving US citizens first dibs. He does mention that Pfizer-BioNTech decided not to participate in OWS, but he downplays the government’s role elsewhere to the point that you could come away from his book believing it was irrelevant, and that the companies he chronicles raised all their funding from private investors and readied manufacturing on their own, which just isn’t what happened.

The book ends at that euphoric moment when it looked as though the vaccines were salvation. As we all know now, the virus is wily. Although the vaccines are an extraordinary accomplishment, the giddy optimism has curdled into a sour recognition that this isn’t over. But even that knowledge isn’t enough to dampen the optimism that Zuckerman conveys. Because scientists were forced to make vaccines on a timetable that had never been used before, they know much more than they did. Zuckerman quotes Jeremy Farrar, a British medical researcher and director of the Wellcome Trust: “Whole new areas of medicine have opened up. Out of the horror of COVID will come remarkable advances.” 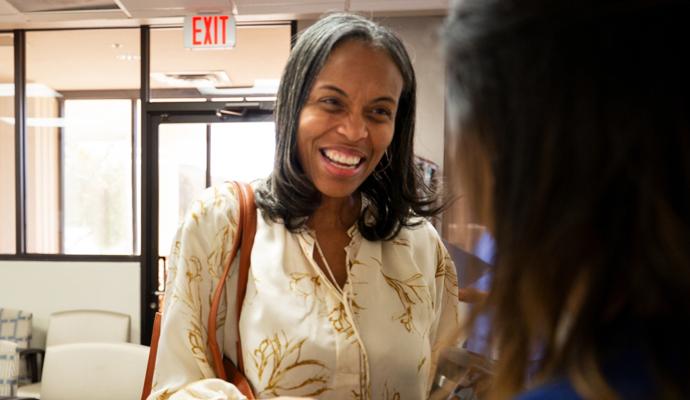 How the pandemic energized the fight for health equity
COVID forced governments, healthcare systems, and companies to innovate at record speed; that momentum could power us into a more equitable recovery.
by Ron Chopoorian and Sarah Butler 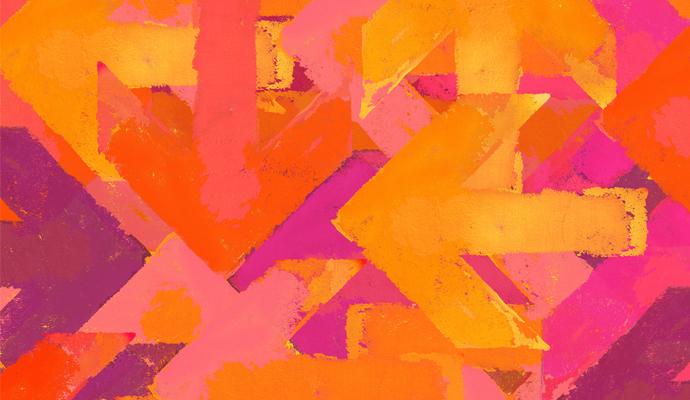 To improve management, build a decision factory
In their new book, Decision Leadership, professors Don Moore and Max Bazerman tell leaders how the lessons of behavioral economics can lead to better organizational decision-making.
by Theodore Kinni 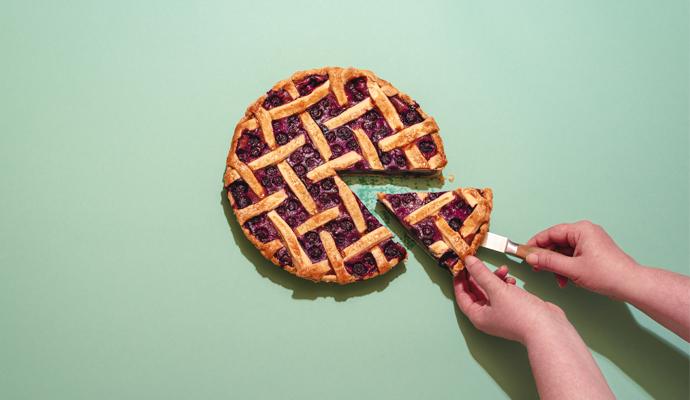 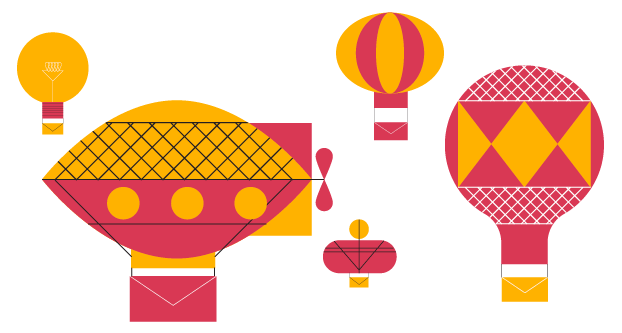