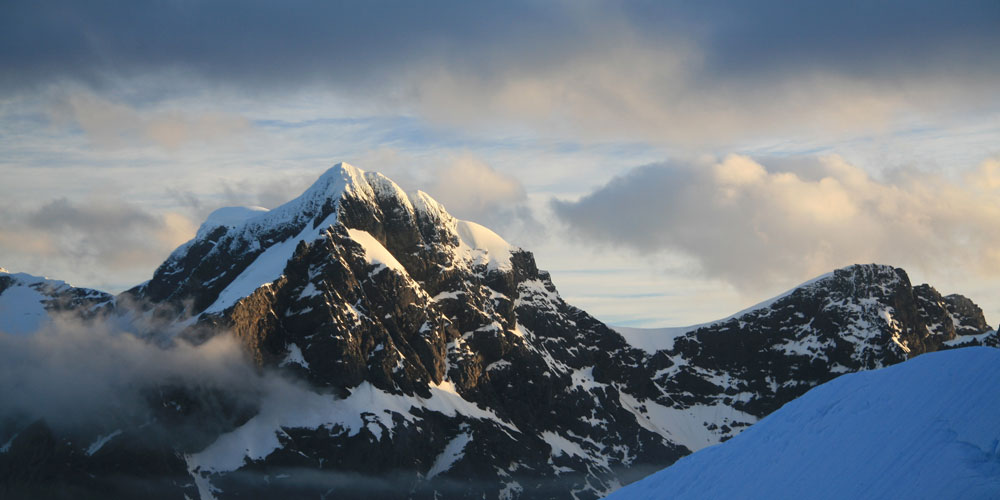 You are on a journey through an inhospitable landscape. Resources are limited, and experience, although useful, is inadequate. Parts of the territory are mapped, but the land itself is shifting—places you were counting on have relocated or ceased to exist. Visibility is limited, and what you can see may not be real. Merely staying alive is a struggle, and as you move painfully toward your goal, you are conscious always of time running out.

This is an apt metaphor for a high-stakes business adventure, of course, but it’s also a description of exploring Antarctica. Over the years, commentators have mined the polar expeditions of Ernest Shackleton, the famed Anglo-Irish Antarctic explorer, for management lessons on topics such as the importance of hiring good people and overcoming obstacles. But the adventures of Shackleton and his men are far more complicated and interesting than any mere homilies about teamwork. Roland Huntford’s great biography Shackleton captures the man and recreates his adventures so powerfully that you’ll want to bundle up. Alfred Lansing’s Endurance: Shackleton’s Incredible Voyage tells the tale of Shackleton’s determination to save his men during his disastrous third try for the South Pole after their ship was crushed by ice.

Still, there is nothing quite like hearing about a race straight from the horse’s mouth. You can do that without risking frostbite by immersing yourself in The Heart of the Antarctic, Shackleton’s gripping memoir of his 1908 assault on the Pole. (Seek out the artfully condensed second edition that was for a while republished by—who else?—Penguin.)

Written in vivid, direct prose by the journalist Edward Saunders (based on Shackleton’s dictation), the book describes a journey of almost unimaginable difficulties undertaken with a variety of aims—but primarily to be the first to reach the South Pole. There is no shortage of action and adventure; a wrong step or a mistaken judgment could easily mean the end. Every decision involves fateful trade-offs. And everyone has to live with Shackleton’s errors.

Yet whatever his deficiencies, Shackleton was a born leader. In his biography, Huntford says the explorer was gifted with a “peculiar combination of dashing insouciance and shrewd caution.” He asked much of his men, but was ready at all times to lay down his life for them. Day after day, they marched despite cold, starvation, blindness, and despair, and no one pushed himself further than the Boss, as he was known. “I turned in early tonight,” he wrote stoically, “for I had done thirty-nine miles in the last twenty-four hours.”

Particularly noteworthy is the obsessive nature of Shackleton’s encounter with a territory so resistant to accurate perception. We risk bathos to say that the business landscape presents challenges on a par with the South Pole, yet the perceptual difficulties posed by Antarctica offer clear parallels for executives and entrepreneurs. The southernmost continent is unpredictable, unstable, and unforgiving. Compasses don’t behave normally. Much of what appears terra firma is actually floating ice, and deadly crevasses lurk under the snow. Snow blindness, a painful effect of the dazzling surroundings, can make vision itself impossible.

“There was a peculiar light,” Shackleton observed at one point, “which rendered distances and the forms of objects very deceptive, and a great deal of mirage, which made things appear much higher than they actually were…. The penguins that we had seen the previous night were still at the same place, and when a couple of miles away from us they loomed up as if they were about six feet high.”

But don’t forget the obsession. Antarctica, like the quest to build a great business, is dangerously gripping. Shackleton tried—and failed—to reach the South Pole three times: his obsession was first sparked as a young man as part of an expedition led by Robert Falcon Scott, who would lose his life trying again later; then on his own from 1907–09 in the journey chronicled in The Heart of the Antarctic; and finally in the vessel Endurance, which was imprisoned and then wrecked by ice, stranding all aboard. Shackleton and five others sailed a 22-foot boat 800 miles across polar seas and then turned mountaineer to hike across the island of South Georgia for help. He ultimately saved every life.

But all that was yet to come. Shackleton’s failings as a manager were manifest in his planning for the Heart of the Antarctic expedition. For a trip on foot of 1,720 miles to and from the Pole, his four-man unit brought food for just 91 days of hard labor, high altitude, and mind-numbing cold. His return instructions to the crew of the Nimrod, the ship that dropped off his party, were impossibly vague. He eschewed skis and dogs, which he later used to reach the Pole. Afterward, when Shackleton made £2,000 charging for admission to an exhibit aboard the Nimrod, he grandiosely gave the money to charity—even though some of his Antarctic team hadn’t yet been paid in full.

But he had no equal when the chips were down, “as if supreme danger was necessary for self-fulfillment,” Huntford wrote in his biography. “He possessed some magic that overcame seemingly hopeless outer circumstances.” One of his three teammates on the dash for the Pole would call him the “greatest leader that ever came on God’s earth.” Another, Frank Wild, wrote that “to give way to despair was not possible for Shackleton.” One night in their flimsy tent, starving, freezing, and facing the real possibility of death, the Boss asked if Wild would join him for another such expedition. The reply, without hesitation, was yes.

Trudging desperately onward in brutal weather, afflicted with dysentery, frostbite, and possibly scurvy, Shackleton and the three others who tried for the Pole reached instead the end of their tether. The altitude meant they were as starved of oxygen as of food, and they suffered piercing headaches. Their body temperatures, too low to register on a thermometer that started at 94 degrees Fahrenheit, screamed hypothermia.

Trudging desperately onward in brutal weather, afflicted with dysentery, frostbite, and possibly scurvy, Shackleton and the three others who tried for the South Pole reached instead the end of their tether.

Yet nobody tried to turn back. It was Shackleton finally who had the sense not to honor the massive sunk costs of the venture and instead call a halt just 97 miles from the goal. The return was a race against death. Despite their calamitous state, the men had to locate a series of supply caches they had left behind, meanwhile carrying so little food that a single wrong turn could be fatal. Any supplies they did reach would have to be dragged onward in a sled. Shackleton’s diary from January 17, 1909, shows how he and his companions responded: “Started sharp at 7 A.M., in a fresh blizzard wind, with a temperature of minus 23°F, we did our best march, for it was mainly downhill and we covered 22 1/2 miles.”

They were living off bits of pemmican and pony meat and just four scant biscuits a day when Wild recorded that Shackleton “privately forced upon me his one breakfast biscuit, and would have given me another tonight had I allowed him. I do not suppose that anyone else in the world can thoroughly realise how much generosity and sympathy was shown by this; I DO, and BY GOD I shall never forget. Thousands of pounds would not have bought that one biscuit.”

Despite his hunger for glory, the Boss’s greatest heroism may have been in recognizing failure and embracing it so that he and his companions could live for another day. “I must look at the matter sensibly and consider the lives of those who are with me,” he wrote. “Man can only do his best.” 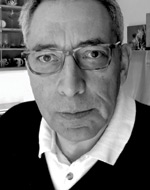 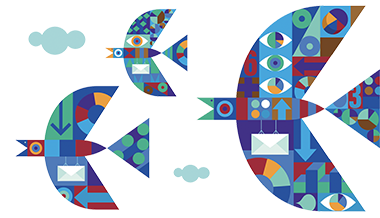